How does animal experimentation work? 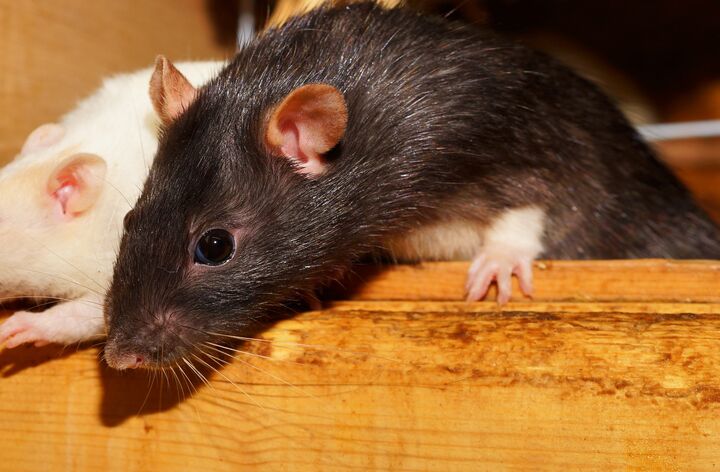 A brief introduction on different ways of animal testing.

Eye irritation tests are performed to investigate whether a substance causes irritation or corrosion that does not heal on the eye. Even the healing process can sometimes be studied. Nowadays this test is forbidden for hygiene products but other chemicals are still being tested with this test. Alternatives to this test are available. Once a test method has been approved by the OECD, it will automatically be included in the EU's regulatory framework for approved testing methods, which means that the corresponding animal tests are prohibited within the EU.

The animal may receive the test substance injected into the skin or scratched on shaved skin covered by a bandage. After a while, the damage the animal receives is analyzed. In some tests, the animal is killed in order to investigate the damage. There are alternatives to these tests. EU chemicals legislation REACH means that many animals will suffer from this test.

This test is done to see what dose a substance is so toxic that a human can die from it. This test is prohibited in the case of testing of hygiene products, but according to REACH this test is required for chemicals to be registered. The test is performed either by mouth, by inhalation or applied to the skin. It is usually required that two different routes of administration have been tested, e.g. Inhalation and on the skin. This is a very painful animal experiment that causes the animals a lot of suffering, for example with their internal organs, respiratory problems, cramps, bleeding from eyes, nose and anus. It is possible to reduce the number of animals by initially using cell tests to determine the toxicity of a substance.

These tests will investigate whether there is a risk that a substance or product may cause cancer. The animals are exposed daily to a high dose substance. They get the substance mixed in the food or the water. They may also be forced to inhale the substance or put it on the skin. The test may take up to 5 years to complete. The animals must be killed for examination to see if the test substance causes cancer changes. The animal is obduced and the presence of cancer tumors is registered. There are no approved alternatives to all types of cancer tests yet. The OECD Guidelines provide three different methods to test genetic mutations without animal tests. QSAR methods, other database-based expert systems and cell tests can be used to prioritize which chemicals need further testing. This would reduce the number of animals exposed to cancer tests.

These tests are done to investigate whether a substance causes acute poisoning symptoms or kills the animals when they are exposed to the substance repeatedly. The animals receive repeated doses of the substance in food, through a probe directly into the stomach, inhale the substance or by having it applied directly on the skin. Tests may last from 28 days up to several years. The animals receive these symptoms: altered blood pressure, abnormal salivation, anemia, weakened muscles, shaking, diarrhea, coma. Dogs may get vomiting and sometimes they die from the test. Unfortunately, the approved option for these painful tests is missing. Lack of funding has made it hard to get started with an alternative test yet.

EU chemicals legislation REACH will mean an increase in this type of animal tests. Fetal injuries (teratogenic tests) are performed to investigate the risk of death, developmental injury or malformations in the fetus. Reproduction tests are performed to investigate the effects of the substance on the female and male reproductive capacity. Some disorders are thought to be because the substance is similar to our hormones or affects our hormone production. It can be assumed that between 6 and 15 million animals will be used in tests of chemicals as a result of REACH. 80% of the tests will be in the field of reproduction. Fetal injuries and development studies are conducted in such a way that the animals receive a test substance daily via the stomach probe from the day when it is found that she is pregnant and during the period of birth of the fetus. Just before labour, the female is killed. She may also have died earlier in the test period. The fetuses are taken and examined. In reproduction studies one or two generations are examined. Animals are fed to the substance through food, water or similar. Doses may vary. Some animals may feed their children and the behavior of the mother and the young is studied. The males receive the substance daily during the semen production period and during the mating period. The females receive the substance for at least two weeks before mating, during the mating period, the pregnancy and the nursing period. In these tests, the animals can get weight disturbances, runny nose, hair loss, dehydration, diarrhea and sometimes death. There is a lot of criticism for reproductive and fetal damage to animals. It is considered that they have poor resemblance with the risks to humans. A high number of false positive test results is probably not harmful to humans despite injury to the animals. There are options that can limit fetal harm tests. Projects are in progress to complement new testing methods to replace them completely. The same goes for the reproduction tests.

In these tests, if the test substance causes changes in the genome (genes), the test will be investigated. Usually they examine changes in blood cells or cells from the bone marrow. Mutagenicity tests can also be used as a short-term test to see if a substance causes cancer. Many cancers occur through changes in the genetic engineering and can be detected by these test methods. Combined mutagenicity and toxicity tests are also available. Mutagenicity tests are often done with animal-free methods. Later animal tests are done to confirm the results. The tests are carried out so that the animals receive the substance injected into the abdominal cavity or via the mouth once or repeatedly and the animals are killed within 48 hours. Then the tissues are examined. Blood samples can be taken while the animal lives. There are other test variants than this. The OECD Guidelines contain three approved cell tests that can be used instead. Sometimes, however, the results must be confirmed in animal tests.

Toxicokinetic studies are conducted to investigate the substance's migration in the body. How the substance is absorbed, how it is distributed in the body, how and where in the body it is transformed and broken down (metabolized) and how it leaves the body (eliminated). The tests are carried out by mouth feeding, inhalation or that the substance is applied to the skin. Metabolism often occurs in the liver or other organs. Elimination can take place in urine, feces or exhalation air for example. The animals are placed one and one in special cages called metabolism cages. This cage has a flooring which makes it easier to collect urine and feces. A catheter can be inserted into the bile ducts to collect blemishes. Once the trial is complete, the animals are killed and their organs and tissues are examined. There are alternatives to this that are not yet approved. Further development and evaluation is needed.

If a substance is phototoxic it means that it becomes harmful in sunlight. There are no standard methods, different species of animals is used, different light sources and amount of UV radiation, different lengths of test periods, and different methods of adding the test substance. A cosmetic company lubricated naked mice with the test substance and wrapped them in foil and tied them on a disc placed in front of a sunlight! However, the method did not work because too many animals died from the heat. The animal's injuries in these tests consist of skin redness, burns and skin rashes. There is an OECD approved test method,where cells are used.