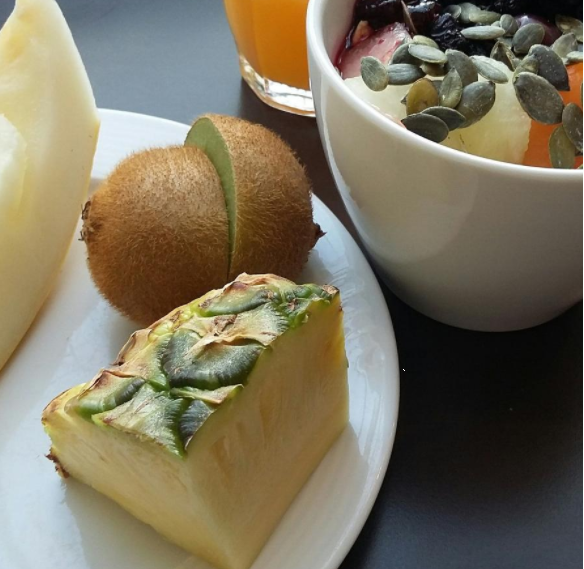 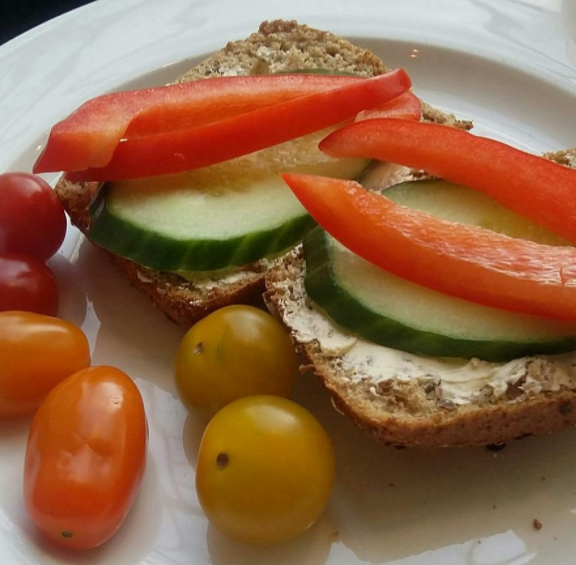 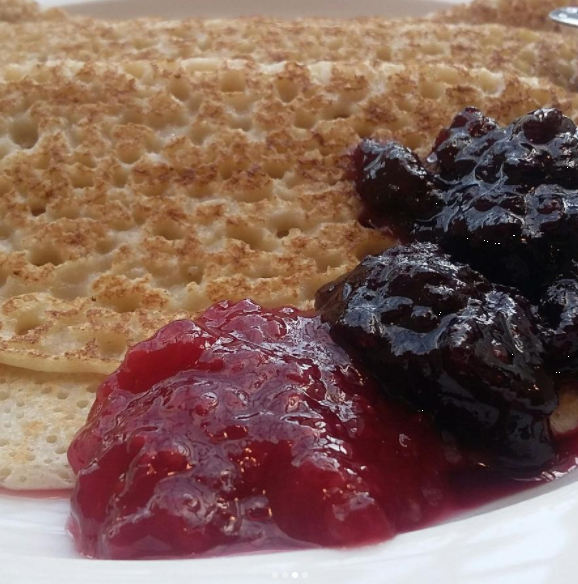 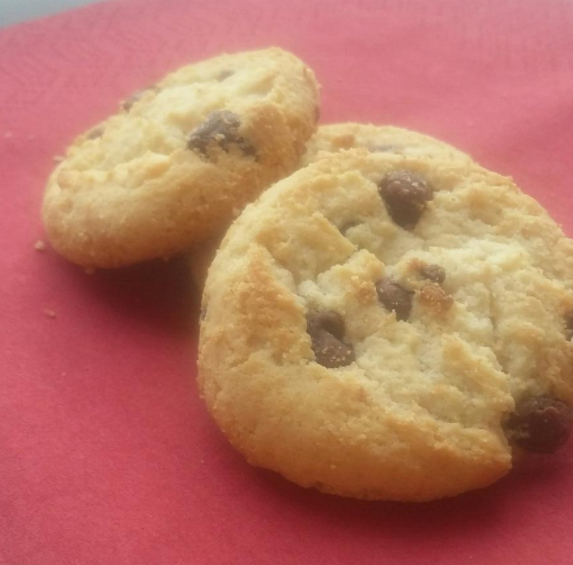 If you're traveling to Malmö in Sweden as a vegan - you're gonna find paradise! There's so many vegans and vegan things everywhere. I've stayed at the hotel Scandic Triangeln twice so far and they are really nice and helpful.

The most important thing for me is the breakfast at the hotel. Especially since I went vegan because there's so much stuff I don't want to eat (because it has animal products in them). I emailed with them a lot before choosing them and just look at these pictures to understand why!

This was my hotel breakfast at Scandic Triangeln in Malmö, Sweden, in may 2017.

Picture number one is fruits like melons, kiwis, pineapple, oranges (and an orange press so you can get freshly squeesed juice!) and strawberry soygurt with more fruits, blueberries, seeds and probably some nuts.

Picture number two is bread with vegan butter and vegetables. They also had some vegan spreads like hummus and probably some cheese but I like veggies on my bread so.

Pictures number three is pancakes with blueberry jam and strawberry jam. The pancakes were premade but tasted good.

The only negative thing was that a lot wasn't labeled "vegan" or had a list of ingredients so I had to bother the staff with questions many times. And ifyou have worked at a hotel breakfast (which I sadly have

) you know how stressful it is and having to answer 1000 questions about everything on the buffé is kind of annoying. I've asked them to put up labels but without success so far.

Something very weird though was that their Oreos weren't vegan. Regular Oreos are vegan but these were smaller but from the same brand and had cow's milk in it for some reason.

I didn’t know that choc chip cookies use to be vegan. I would have expected butter to be part of the recipe.

Butter is extremely rare to use in cookies, both storebought and in cafés. It's too expensive I guess? I don't know, but it's so rare that if they actually contain butter they make a huge deal out of it to make sure you see that it's butter in it. Or maybe it goes bad faster if it's butter instead of oils?

#5 Then that's probably it. Cookies in stores are placed at the shelf for a very long time.